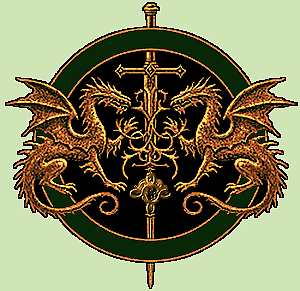 Societas Draconis, in its core essence, represents living in an ascended state of awareness.  Living in an enlightened and elevated viewpoint enables true understanding and  promotes peace of mind, naturally leading to elevation of Spirit which brings into harmonoius existance a vibrant and dynamic 'Dragon Society'.We are a Collective of many Minds, following a Myriad of varied Paths, engaged in researching and studying various aspects of Metaphysical and Alchemical forms of Esoteric Knowledge, as well as Ancient Customs and Cultures and we share this with those who earnestly seek it.We have gathered together in order to Honor the Spirit of  the Ancient Dragon, as Seekers, Students, Practitioners, Teachers, Guides and Mentors.The Dragon symbolizes the Divine Spirit that resides in the Heart of Every Being ...The word dragon entered the English language in the early 13th century from the Latin "draconem" meaning "huge serpent, dragon," from the Greek word "drakon" neaning "serpent, giant seafish", which is believed to have come from an earlier stem "drak", a stem of derkesthai, "to see clearly," which in turn derives from Proto-the Indo-European "derk" "to see" or "the one with the dread glance." The old German word for Dragon, 'lindwurm', literally means 'snake-worm'. The ancient Anglo-Saxon word 'Wyrm' has been translated as meaning any of 'Dragon', 'Serpent', or 'Worm'.The distinctions between words that describe Dragons and Serpents are often blurred, and are to some degree interchangeable.All over the World we see the Trail of the Serpent.Serpent Worship in one form or another has appeared in every single culture in every corner of the Earth. The Serpent mounds of the American Indian, Quetzalcoatl, the Feathered Serpent and the carved-stone snakes of Central and South America, Python, the Great Snake of the Greeks, the Sacred Serpents of the Druids, Jörmungandr, the Midgard Serpent of Scandinavia, the Nagas of Burma, Siam, and Cambodia, the hooded Cobras of India, the Brazen Serpent of the Jews, the Mystic Serpent of Orpheus, the Serpents at the Oracle of Delphi, the Sacred Serpents preserved in the Egyptian Temples, the Uraeus coiled upon the foreheads of the Pharaohs, Queens, Priestesses and Priests. The Serpent is found upon the Temple of Naki-Rustan in Persia, on the triubmphal arch at Pechin, in China, over the gates of the great Temple of Chaundi Teeva, in Java ... and upon the walls of Athens, the portals of Egyptian Temples, decorated with the hieroglyph of the Circle and the Serpent.All of these bear witness to the Universal Veneration and High Esteem in which the Serpent was held In the Ancient Mystery Schools the Serpent-entwined Staff of Hermes was the Symbol of Healing and, indeed, still it remains so, even to the present day, for it is the emblem of the modern medical profession.Among all Ancient peoples the Serpent was accepted as the Symbol of Wisdom.The Serpent is True to the Principle of Wisdom, for it gives humanity the knowledge of the True Self .Hibernating in most, this 'Serpent' is only active in those who purposively and intelligently awaken their Spiritual PotentialThe Tree of Life growing in the midst of the 'Garden of Eden' is symbolic of the spinal column. The Knowledge of the use of this spinal energy or 'Serpent Fire' (Kundalini) is the great Gift of the Serpent

The Initiates of the Mysteries were often referred to as Serpents or Pythons, and their Wisdom was very highly regarded, indeed
The Spirit of our Tradition is more Ancient than human civilization and as such has birthed many religious practices and traditions. Our goal is to not allow our own work be so caught up in dogma and method that we lose sight of the Mystical.This Path might be for you. It might not.Only you can judge.If it strikes a spark, then let it ignite something wonderful. 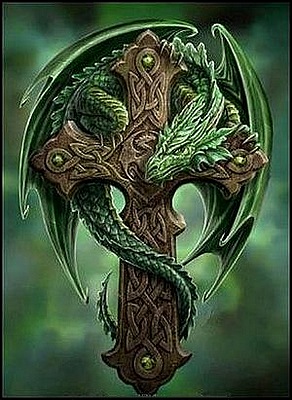 FAIR USE NOTICE
This site may contain some copyrighted material which has not been specifically authorized by the copyright owner. We are making such material available in our efforts to advance understanding of environmental, political, human rights, economic, democracy, scientific, and social justice issues. This constitutes a 'fair use' of any such copyrighted material as provided for in section 107 of the US Copyright Law, in accordance with Title 17 U.S.C. Section 107. The material on this site is distributed without profit to those who have expressed a prior interest in receiving the included information for research and educational purposes.

The owners and publishers of these pages wish to state that the material presented here that is the product of our research and experimentation in Superluminal Communication is offered with the caveat that the reader ought always to research on their own. We invite the reader to share in our Seeking of Truth by reading with an Open, but skeptical mind. We do not encourage 'devotee-ism' nor 'True Belief'. We DO encourage the Seeking of Knowledge and Awareness in all fields of endeavor as the best way to be able to discern lies from truth. We constantly seek to validate and/or refine what we understand to be either possible or probable or both. We do this in the sincere hope that all of mankind will benefit, if not now, then at some point in one of our probable futures.

If you wish to use copyrighted material from this site for purposes of your own that go beyond 'fair use', you must obtain permission from the copyright owner